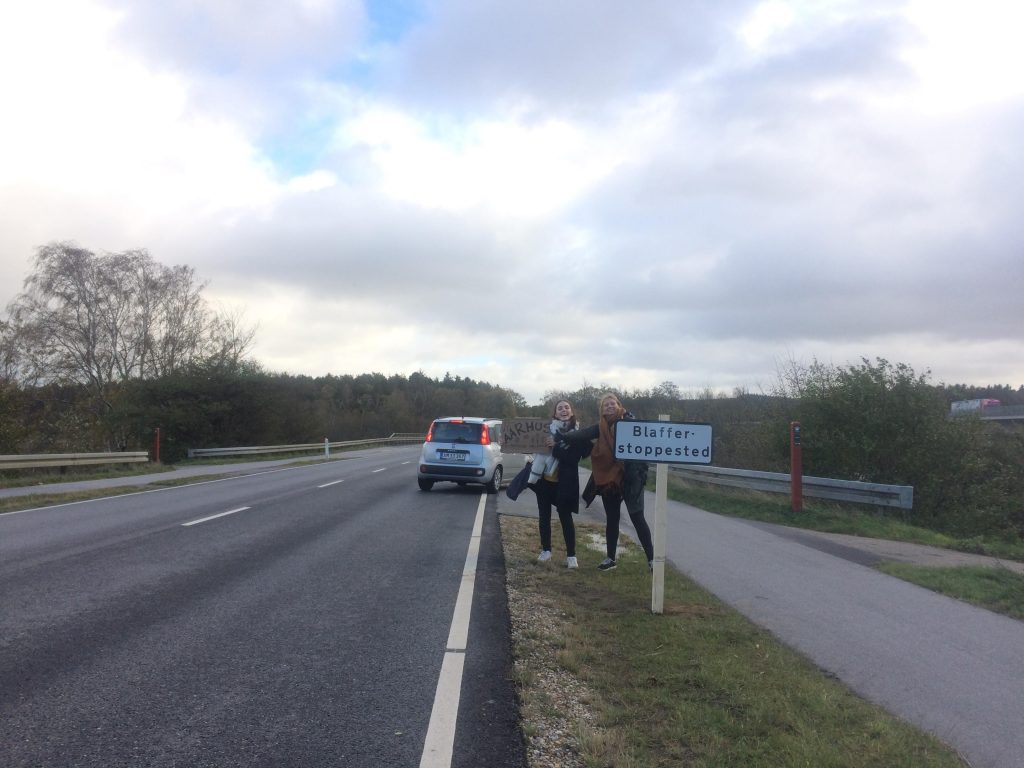 Driver’s suggestion: Have two blafferstopsteder, one as a warning, so the drivers would have more thinking time before the actual stop. Fx: Blafferstopsteder 100m.

We were surprised by how quick we were able to get a ride and how nice our drivers were. The first driver was a German school teacher, going home from work. When we asked why she stopped, she replied that she had space in the car and couldn’t find a reason not to do it. We talked about her time as a højskole student, like us. She dropped us off at Skejby, where she lived. We walked a bit, until we found a good spot to hitchhike again. We were hitchhiking in the middle of rush hour, so the roads were full of cars, and after two minutes waiting, another car stopped. Our second driver was a very nice lady, who worked for The Danish Refugee Council in Skejby. She talked about how she often drove home from work alone, and passed by the people at the bus stops and wanted to give them a ride to Aarhus Midtby, which was her final destination anyway. But she has never done that, as it would be seen as weird or suspicious. When she was young, she hitchhiked all the time, both around Denmark and in Europe, she is hopeful that it will be common to do so in the future. We had a great experience and we highly recommend it for everybody.