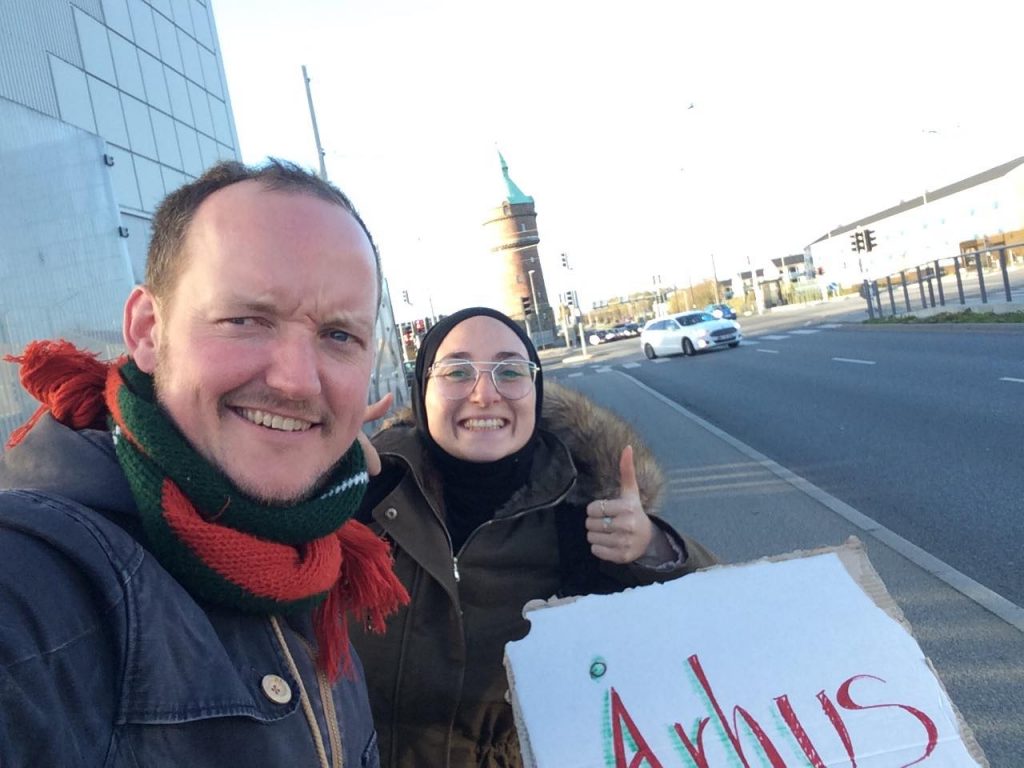 At the beginning of the day I thought it would be hard for me to get a ride for me as a girl wearing a hijab. So I was expecting a bunch of waiting time that I thought maybe I should bring snacks. However and with the company of Carsten on the first hitchhiking spot it took us 10 minutes to get the ride by a very kind lady maybe early 30s who has 3 kids (we only saw their chairs) and she was on her way to an appointment in Aarhus. We had a very beautiful chat about religions, their similarities and differences and see the interesting part of the differences. She mentioned the point of if we focus on differences then things would get complicated. When we asked her if she is used to picking up hitchhikers, she said that she is willing to do it but there isn’t usually a space in her car.

After we were dropped off we waited for 6 minutes full of Carsten funny hitchhiking moves and random greetings to people on bikes or walking. Then we got a ride to the center of Aarhus and it was interesting to have this ride because both of me and the Driver Tina who was maybe in her late 20s, it was our first time doing hitchhiking. So it was her first time picking someone up and it was my first time asking for a ride randomly on a street. And by this both of us have got out of the comfort zone.

Trust is the main element on these trips, and to have it is, real courage is needed.